I found some wild burdock and mugwort today! But mmmph it was near the side of a busy street. I want to try putting you in my mouth 😤 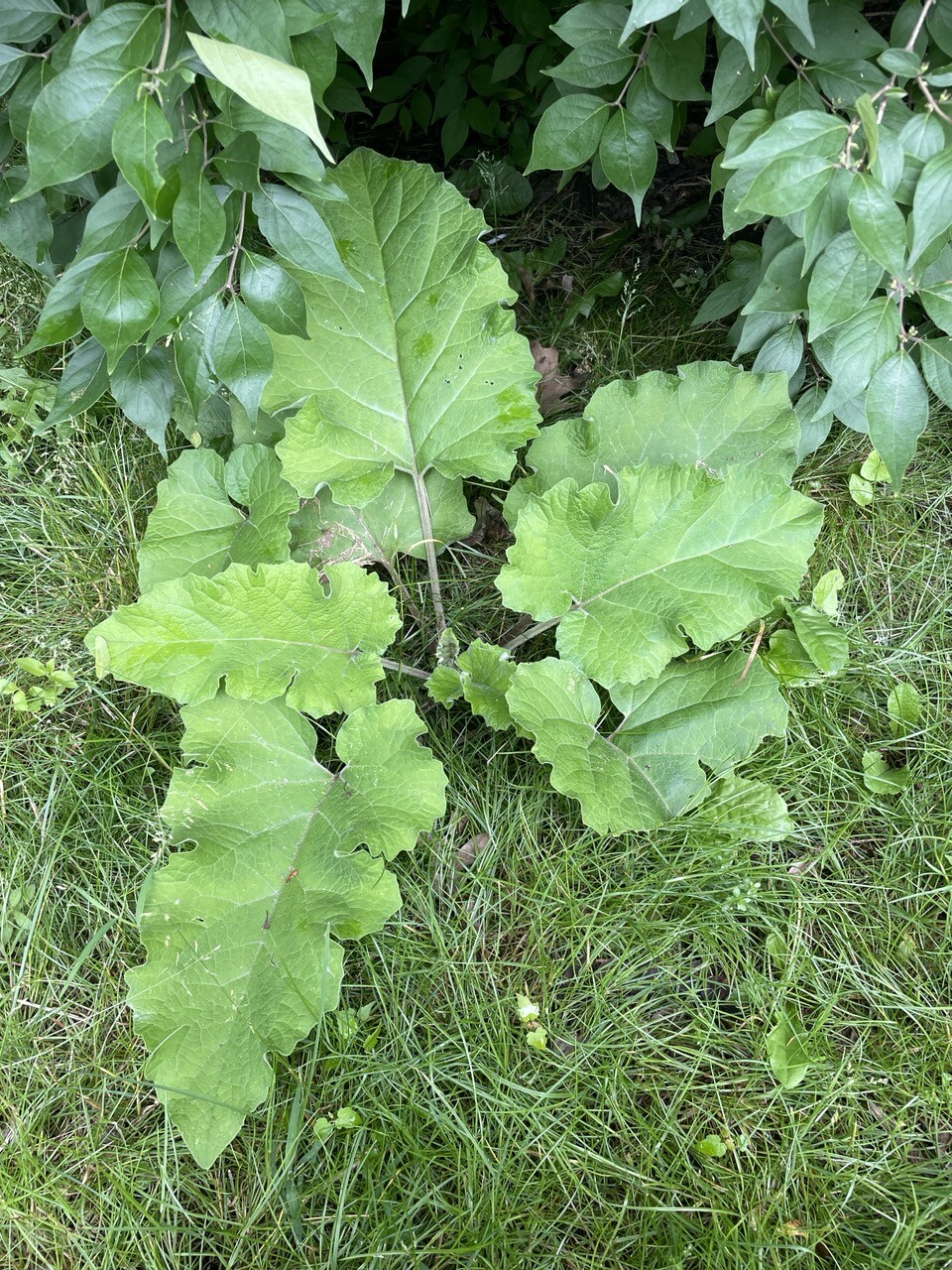 @plants here is some burdock I've found before. The leaves are slightly more rounded. These were found in a forest instead of the side of the road. #florespondence 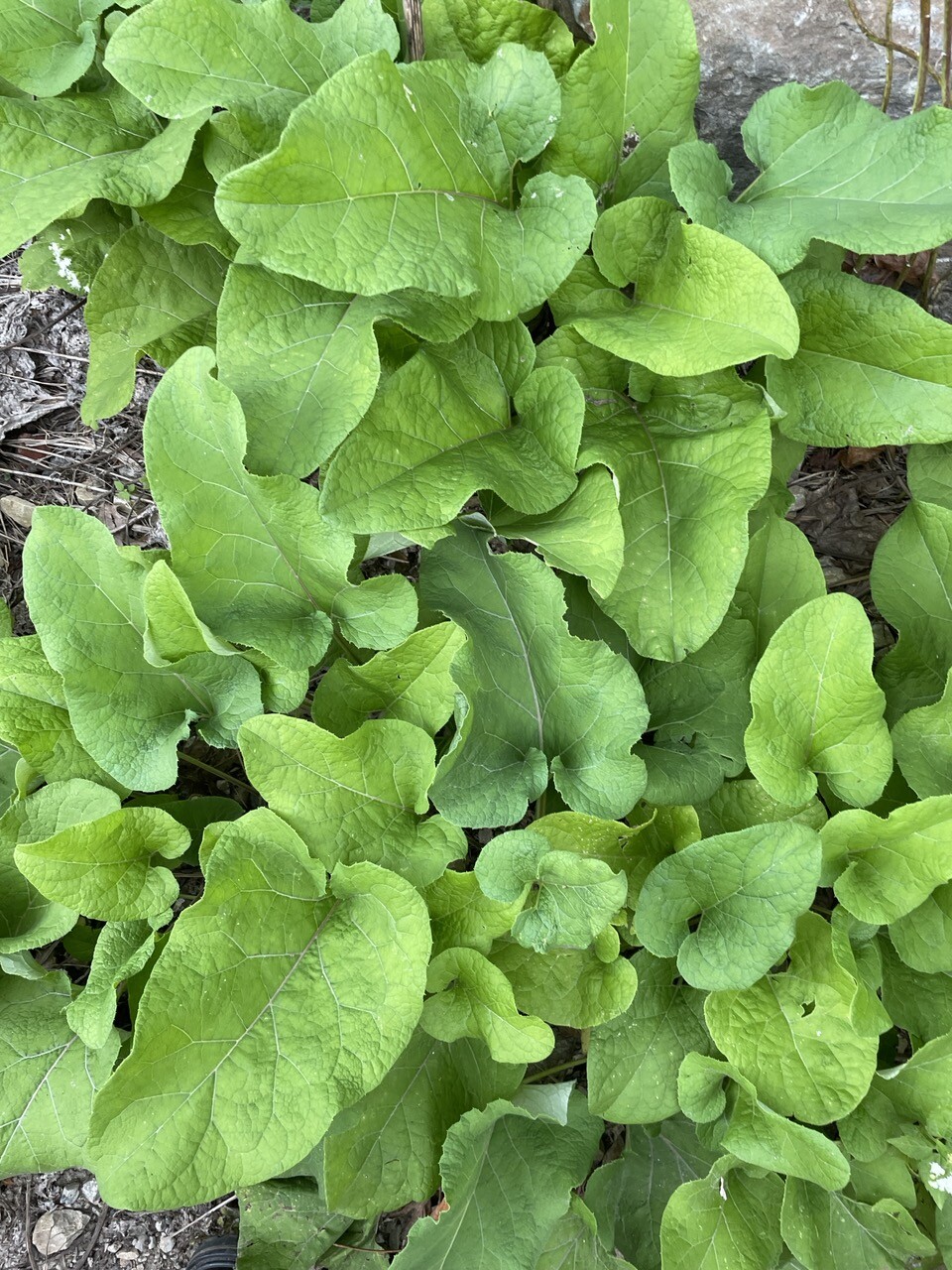 @pixouls It happens to me all the time. Don't worry about it.

What do you use it for? I have it in my yard

Burdock refers to the *Arctium* genus of plants, the *Asteraceae* or sunflower family*. People usually seek them out to eat their roots (so you'll need a shovel), stalks, or leaves. A. lappa is especially popular in East Asian cuisines, though A. minus is also commonly foraged. The burs on their flowers are the inspirations for the creation of velcro. These burrs stick to animals that help bring its seeds around.

Burdock is considered invasive in many parts of North America and Australia, though should also be acknowledged for its medicinal properties. It is sometimes mistaken as rhubarb (which is pretty cool to find too tho!). 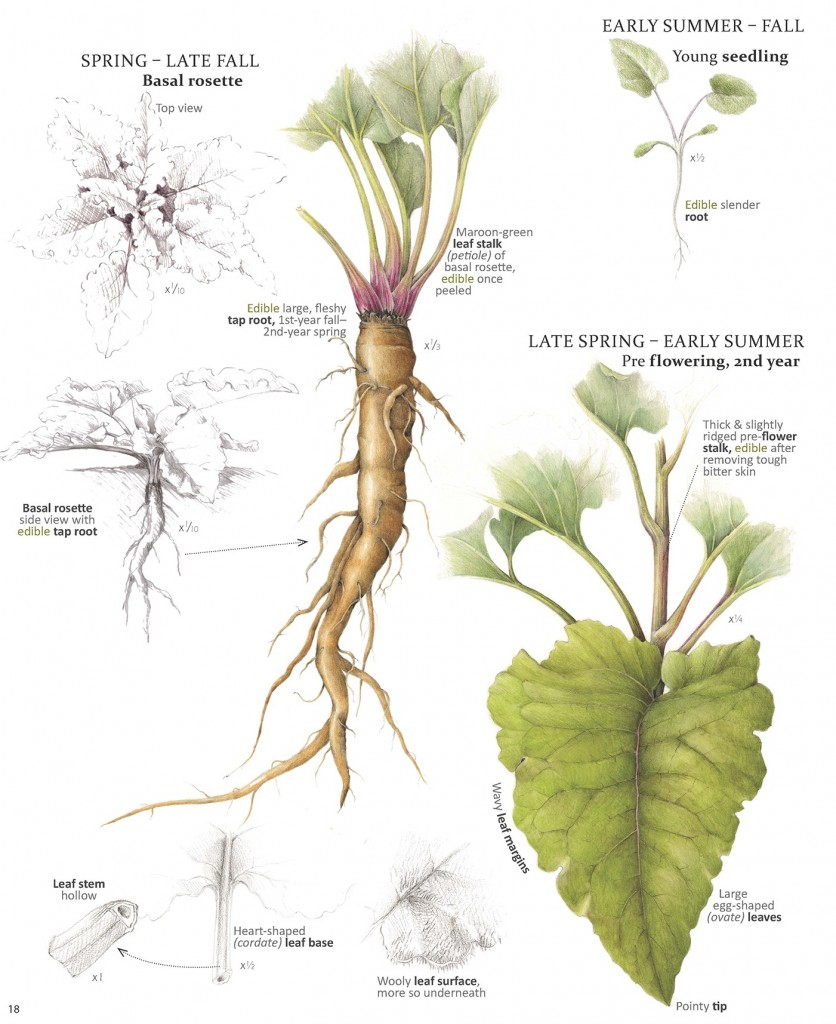 BKSTRM cb
@pixouls nice!! I love mugwort! Although it may or not be a good idea since it's technically invasive (at least in the US), mugwort transfers very easily, so you could potentially dig some up and plant it in your yard or some other space away from a road. And if you brew kombucha, mugwort is an _excellent_ addition!

@pixouls I think I've only had it in maki rolls as "gobo". I see it growing around here quite a bit, but the soil is leaded. It might be interesting to grow in a container—some people grow it in special raised boxes with a removable sides so they can easily access the super long root. :-)

@pixouls @plants I saw some plants in my yard which I naively assumed, earlier in the year, were burdock, but which turned out to be poisonous foxglove. Beautiful plant, but luckily I didn't try to eat it! Do you have this lookalike there?

@pixouls @plants You are welcome. You are knowledgable on this subject, and I do not wish to imply otherwise. I simply wish to protect others (in the future) from a costly mistake. I look forward to hearing of how it tastes!